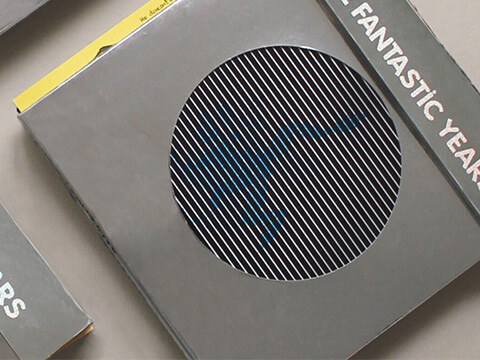 A pulsating 5 year journey of the iconic club blueFrog gets captured in a unique give-away. blueFrog, Mumbai’s premier live music performance space, asked us to create a unique fifth birthday give-away that would capture its 5 years, and that would resonate with its multiple stakeholders.

Having worked with the team, and being frequent visitors to the Frog, we knew that for this give-away to work, it would need to capture in detail, the meticulous craft, the creativity and the energy of the club and the personalities involved. It needed to be all things and yet just one thing to all.

To do this successfully, we decided to design and compile a scrap book of sorts. A book that would allow us to be as tactile and experiential as possible – and allow for us to represent the many diverse narratives that needed to be communicated within its covers.

Without any apparent structure, the design of the book was configured to allow the reader to meander through the life and times of blueFrog, one spread at a time. Stories, anecdotes and images of almost all its performers, guests and all the other associated elements that made the club so special found places and spaces within the boo. Non-linear, layered and rich, one could feel the club and its culture, resounding through its pages.

The blueFrog Book, as it is now fondly called, was gifted to key stake holders during the 5th anniversary celebrations. Needless to add, the book made waves – it was met with great acclaim, and apart from showcasing the brands journey, it reiterated its cultural significance and far reaching influence in popular youth culture. It inspired other megabrands like Coke Studio and The Comedy Store, to set up shop at, and base themselves out of blueFrog, which then became a venue for scores of design, art and photography pop ups.

Without any apparent structure, the design of the book was configured to allow the reader to meander through the life and times of blueFrog, one spread at a time. Non-linear, layered and rich, one could feel the club and its culture, resounding through its pages.

“rgd’s life insights are what makes the difference in their approach to design – good design can only come from understanding and feeling the whole world and all it’s parts, and exposure to this is what pushes boundaries.”